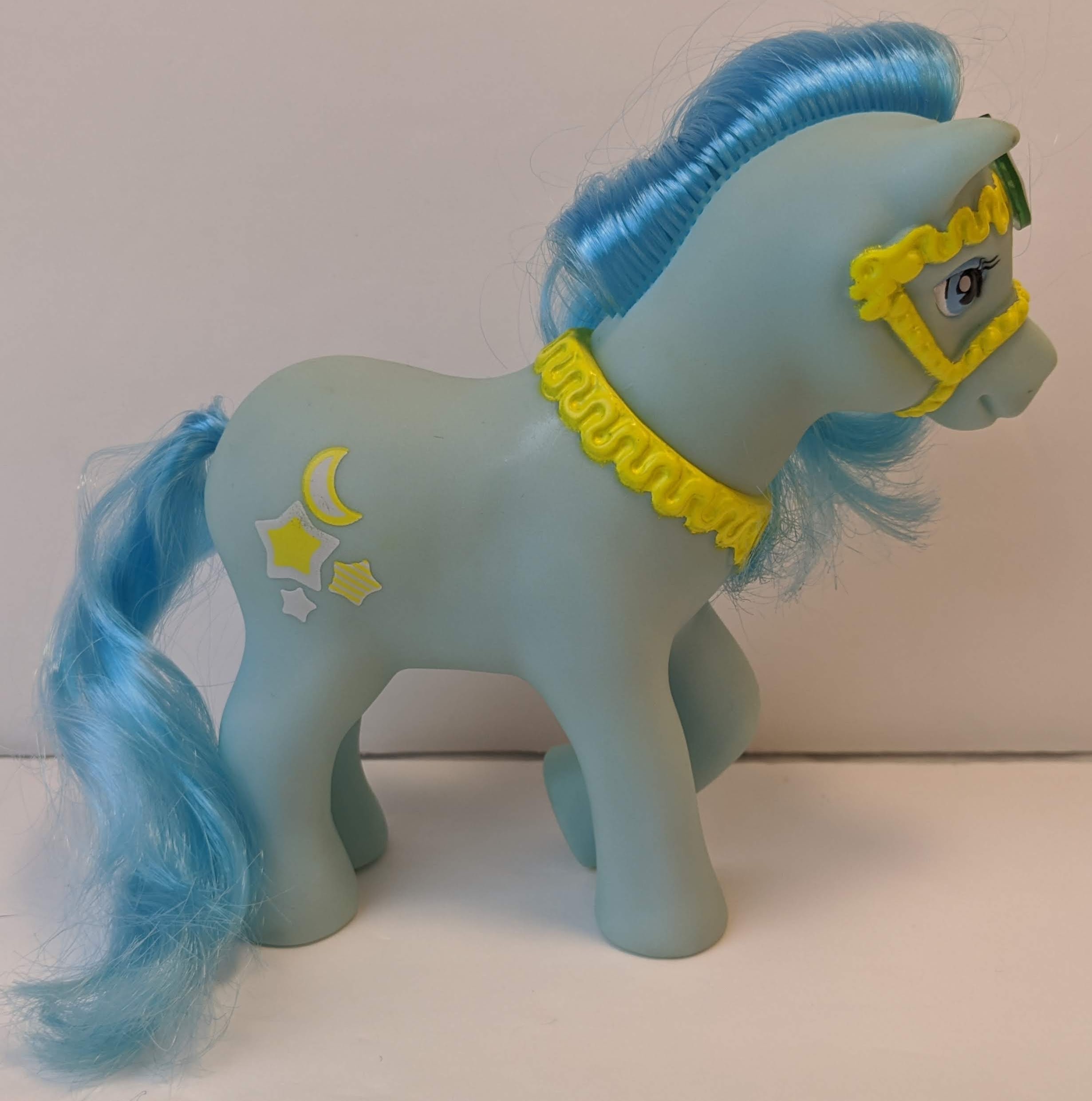 Buddy L/SLM Inc ponies were sold in the early 1990’s (packages I’ve seen were dated 1990 and 1991). They all have electronic talking/neighing/galloping sounds, and sometimes light-up jewels/horns. They were the first fakies, I believe, to have molded bridles (which Gi-Go went on to copy). The two series names I’ve found are “Talk to Me Pony Tales” (for the earth ponies) and “Talk to Me Pony Magic Unicorn” (for the pegicorns). But for the loose ponies I’ve found, I’ve separated them into six categories of feature combinations (looking at things like neck band, bridle, saddle, and forehead jewel).

Simba made a similar pony with sound action (Galoppy Pony). 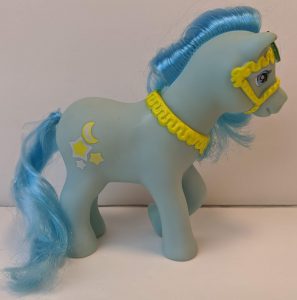 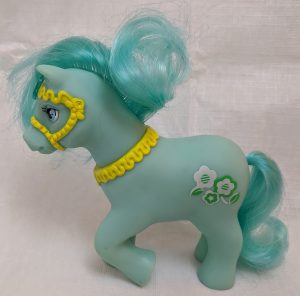 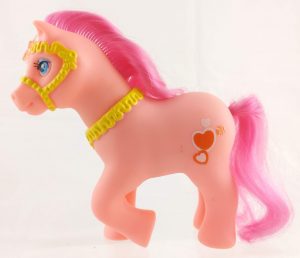 These two appear the same but with different colors mixed in the tail: 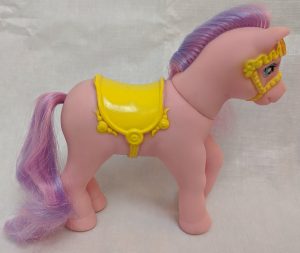 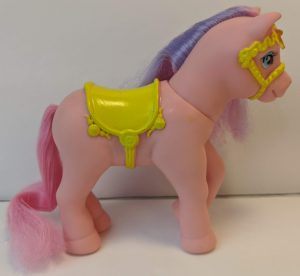 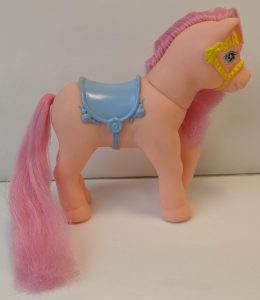 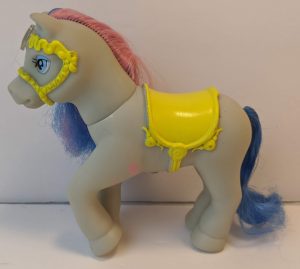 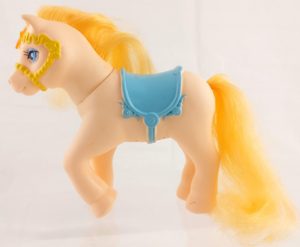 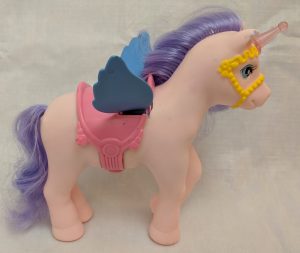 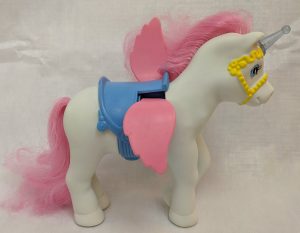 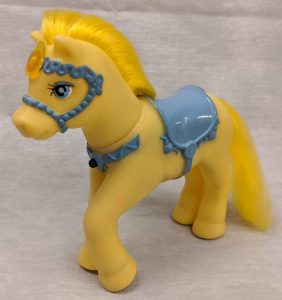 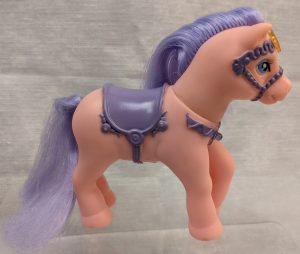 (see her baby below!) 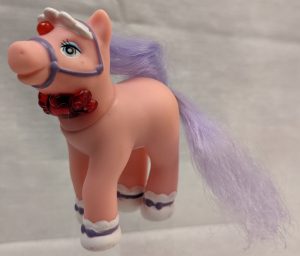 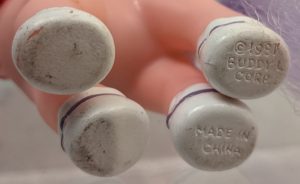