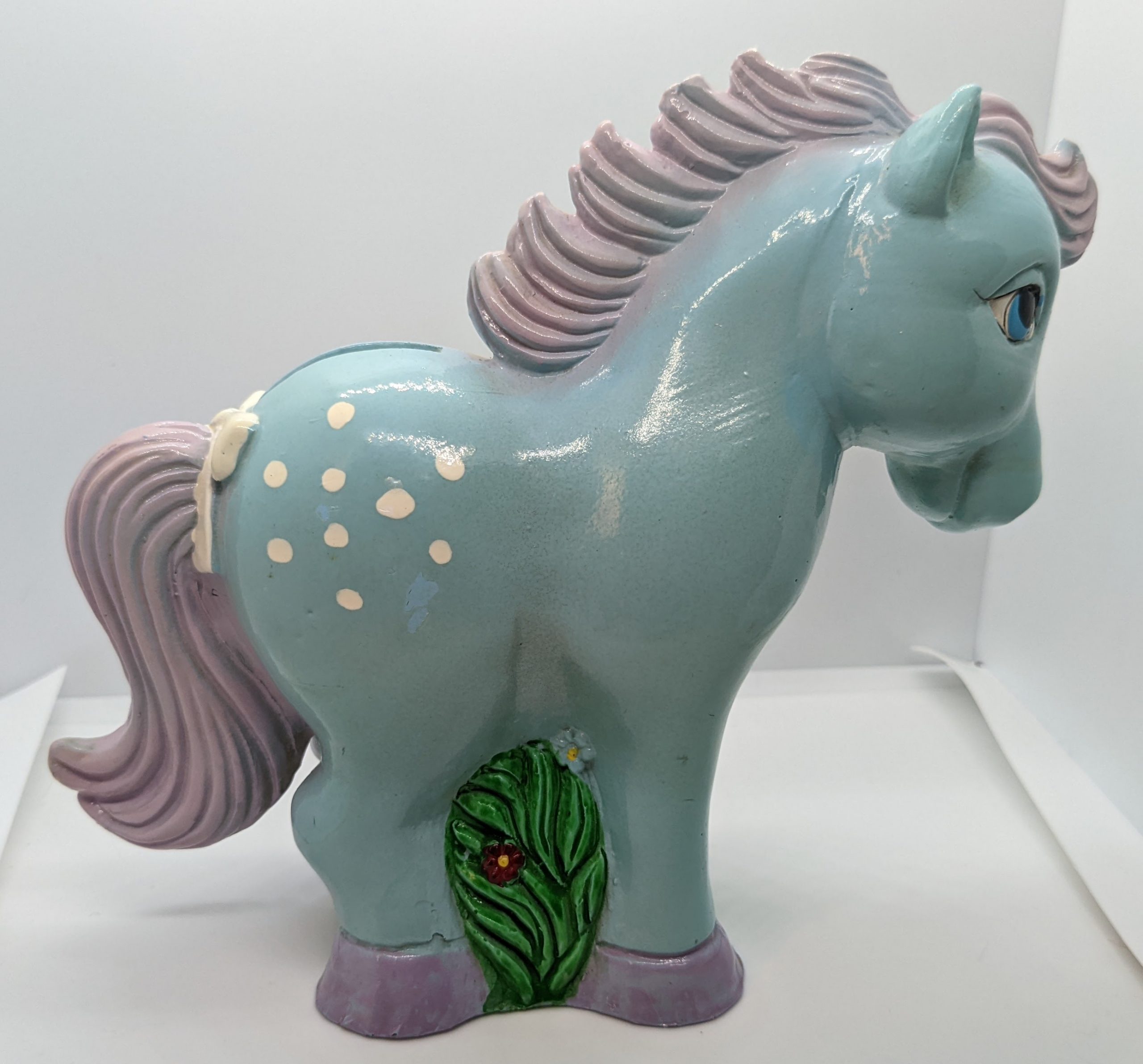 Welcome to the exhibit of my fakie pony collection!

Ripoffs, knockoffs, bootlegs, brand X, fakies, clones, etc. Whatever you call them, they have a unique charm, in one way or another. Sometimes they are attractive in their own right; sometimes they’re so bizarre or ugly that we love them because of their inherent weirdness.

The line between “fakies that wouldn’t exist without MLP to copy” and “colorful horses that exist because that’s cool regardless of what else exists on the market” is inexact. Sometimes I use the broader description of “Non-MLP Equines” etc. so as not to offend creations that are not blatant ripoffs.

I’ve gone between collecting fakies and selling them off a few times. I feel firmly committed now to the cause, and somewhat regret losing some nice ones that I unloaded. (But buying up lots of fakies to replace them led to me unexpectedly getting a South African Cotton Candy in a bundle that cost $30, so I can’t complain too much!)

Cataloging fakies is an inexact science, as they often have no known brand to sort by; or the same toys are marketed by different companies; or fakies themselves are ripped-off by different outfits. I’m not really active in the discussion boards, so I’m kind of making up my own terms to refer to things. There are many ways to sort, but this is the categorization I have developed for my herd.

For the purposes of this showcase, my focus is on grouping ponies that share a common mold, rather than what ponies were sold in sets together. There will be some in-package pictures, but by and large it is a pose-based collection.

A note on the pegasus-unicorn hybrid: I’ve settled in to mostly calling them unipegs. I also like pegicorn, but I don’t use it as frequently. I will never use alicorn, because the term has been misapplied in modern times. Alicorn refers to the horn of a unicorn, not the unicorn-pegasus hybrid. I realize I am fighting a losing battle and no one really cares, but this is me making my very insignificant stand. 🙂

The original index page was getting a bit unwieldly, so it’s been broken down into smaller segments (which are themselves still pretty large).

Other Animals (not ponies, but coordinate well)