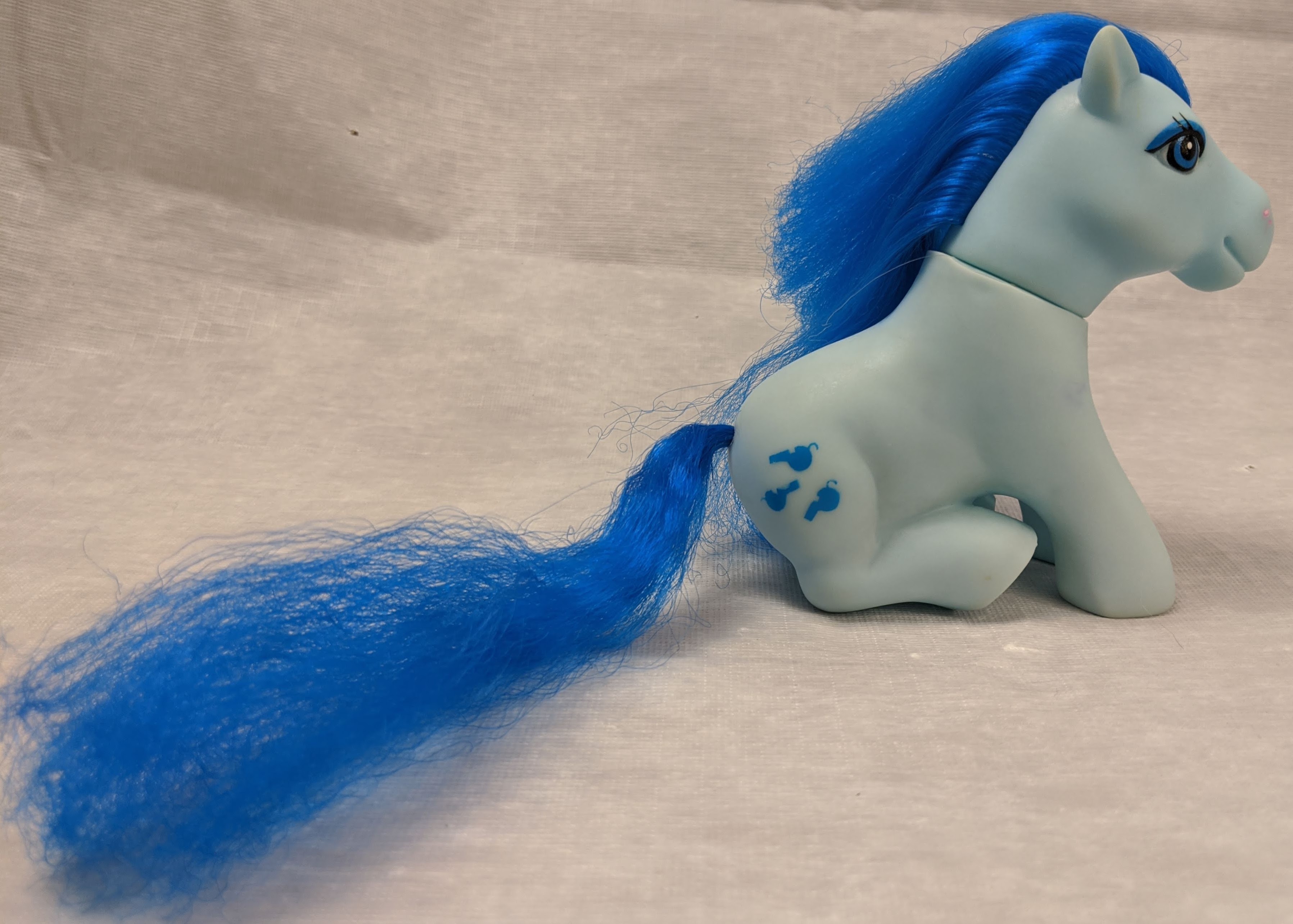 There appears to be some sort of relationship between Simba and Gi-Go. Simba’s Dreamland Tootsie pose is copied exactly on Gi-Go ponies (different head), and Simba symbols are reused on Gi-Go. Manufacturing materials look to me to be the same. Interestingly, Gi-Go also makes dolls and these are marked Simba on the head mold and Gi-Go on the sewn-in tag. (Source: eBay listings.) My theory is that Gi-Go was making them for Simba all along, or they bought molds from Simba. (Theory only!)

These appear to be by Simba due to the appearance of the eyes. 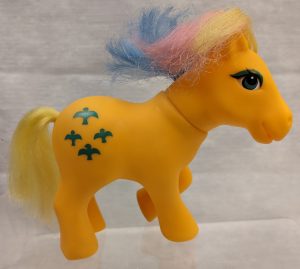 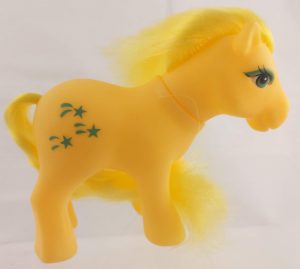 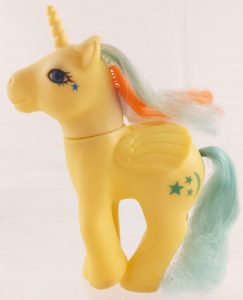 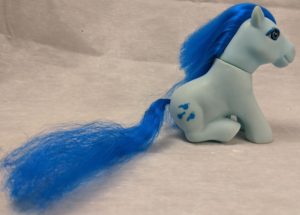 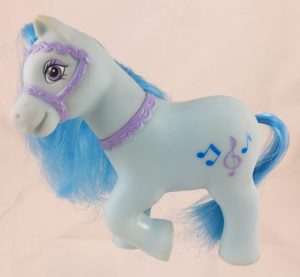 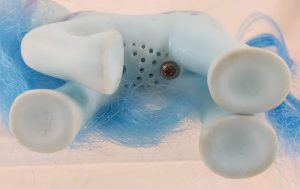 This pony resembles the Just Married pony, but the symbol is a little different: 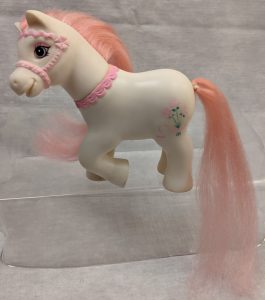 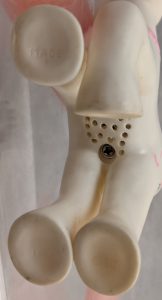 For more info on Simba ponies of this type, see My Little Wiki, The MLP Fakie Project, and Vetten’s Collection.