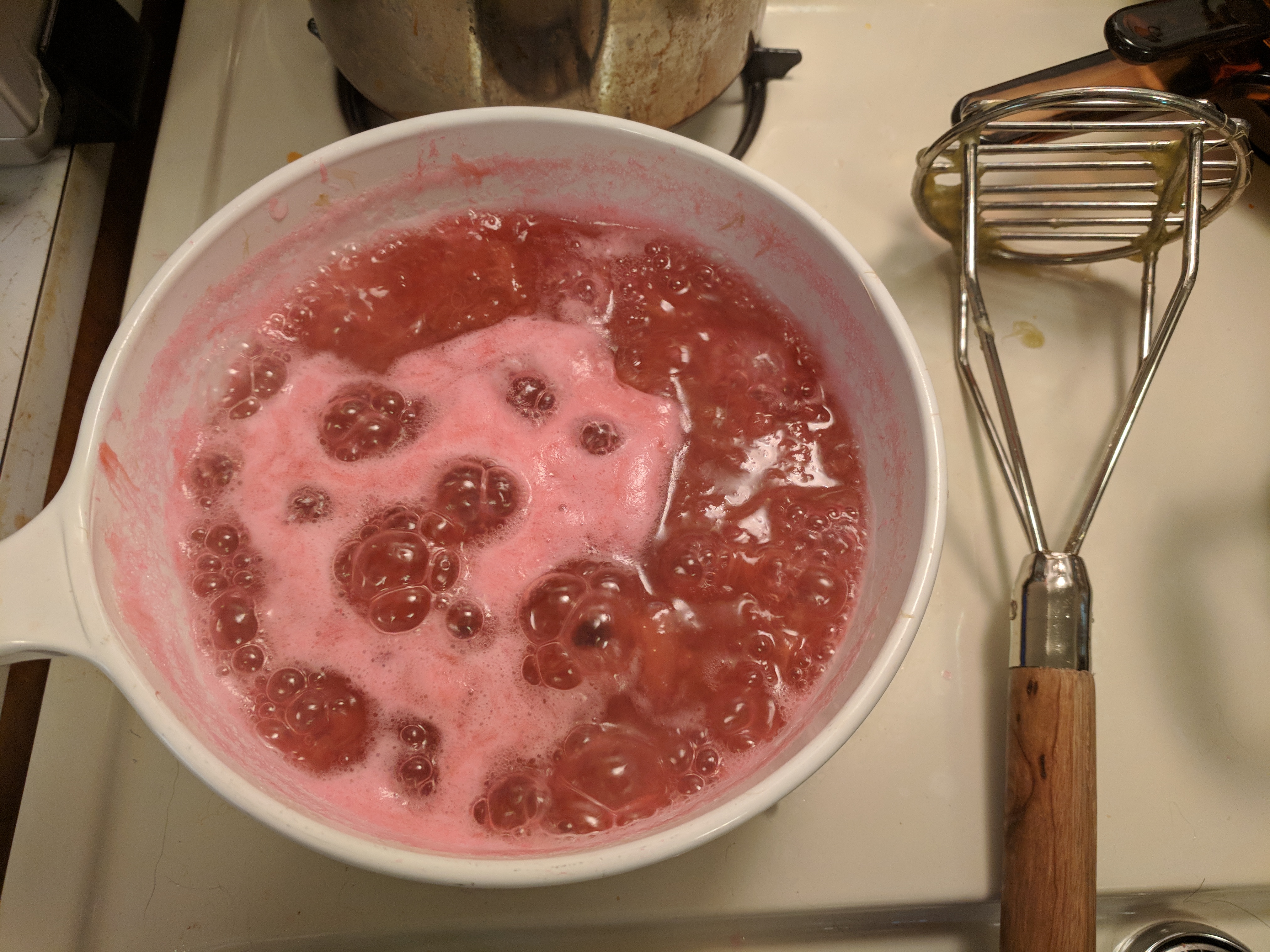 This post is in the category of “let’s throw random ingredients together without a plan and see what happens”. This is like one of the challenges on my favorite culinary show, “British People Baking with Poor Instructions” (you may have heard of it under a different name), but instead of going light on directions, I go light on measurements.

It started when I was doing a huge purge of all foodstuffs in the house and getting rid of things that haven’t been used in 5 years. I came across a bag of rhubard chilling in the fridge, of a more recent vintage, but a little past its prime. The course of action that came to mind was to chop it up and throw it in a pan along with some water and boil the heck out of it.

I got out the potato masher to break it down after it had been stewing for awhile. And I added some scoops of granulated sugar, and some red food coloring just for fun. I took it off the heat when it started scorching on the bottom of the pan. All in all it was probably cooking for around 45 minutes. There was a little left over that didn’t fit in the container I poured it into for storage. I started to eat it just as it was, but got bored, so I grabbed the Bisquick box and mixed a scoop into the rhubarb mixture until it formed a dough. Then I cooked it in the microwave for 2 minutes. And then I ate it. The flavor was good, but the consistency was tough, dense, and chewy. Still, not the worst thing to have come out of my kitchen.