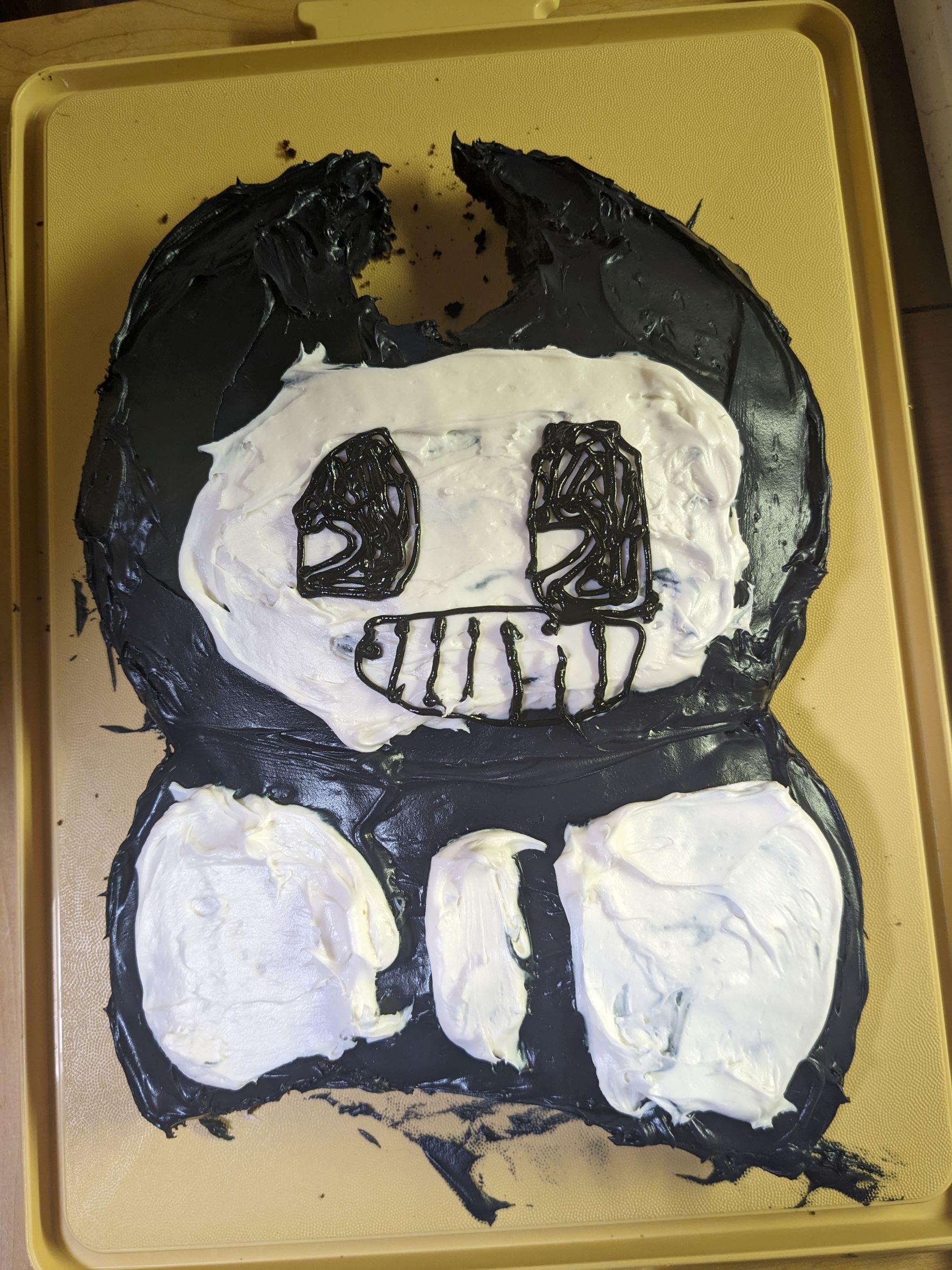 Disclaimer: this tutorial is for entertainment purposes only. I claim no skills as a cake decorator.

So I’ve had an idea kicking around in my brain for awhile. When I was a kid, my mom would make an Easter bunny cake, where she took 2 circle cakes; and cut one up to make ears and a bowtie around the other circle, which was the face. And at some point, as I was looking at Bendy’s face, the thought popped in that the same basic concept could work for recreating his face in cake. So that’s what I set out to do.

1. I started with a cake mix (devil’s food, of course) and made according to directions, baking in two round 8″ cake pans.

2. Once they were done, I let them sit a few minutes, and then removed the cakes from the pans. I made two semi-circular cuts in one of the cakes and took out the middle section, laying it out on a tray under the full circle. Then I made a smallish circular cut at the top of the full circle (this forms the horns): 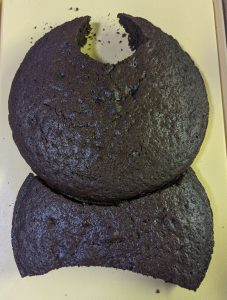 3. (I just set the unnecessary cut-out pieces aside and snacked on them.) 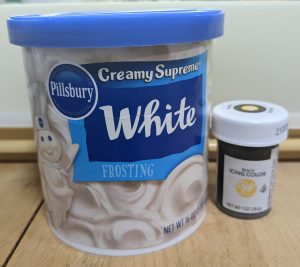 4. After it was fully cooled, it was frosting time! I took a container of store-bought white frosting, took out about 3/4 of it and put it in a bowl, and mixed in a bunch of this black food coloring until I got a satisfactory inky black. I could have gone a bit darker in color, but this is what I settled on, and covered both pieces of cake with it. 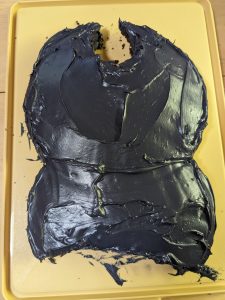 5. I filled in the white sections on the face and bowtie, starting with a piping ba;, but that started to leak, so I abandoned it and went back to a knife. Then I was out of frosting, and I still had to do the eyes and mouth. (In retrospect, to use less frosting, I probably should have kept the base layer of the bowtie WHITE, and then made a black border around it, rather than starting with black and adding another thick layer of white on top of that.) 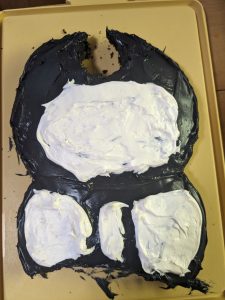 6. At this point, I had to head to the grocery store and buy a tube of black gel icing, with which I made the eyes and mouth. AND HERE IT IS!!! Hah hah hah, what a masterpiece! Well, you get the idea, anyway (maybe). The bowtie actually looks more like he’s holding up his gloved hands: 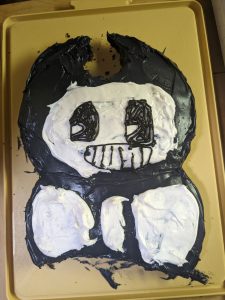 10. You’ll have to excuse me now; I have to go brush my blackened teeth. 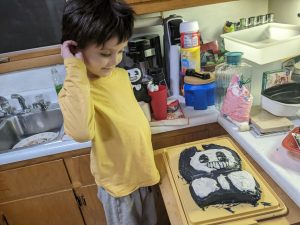