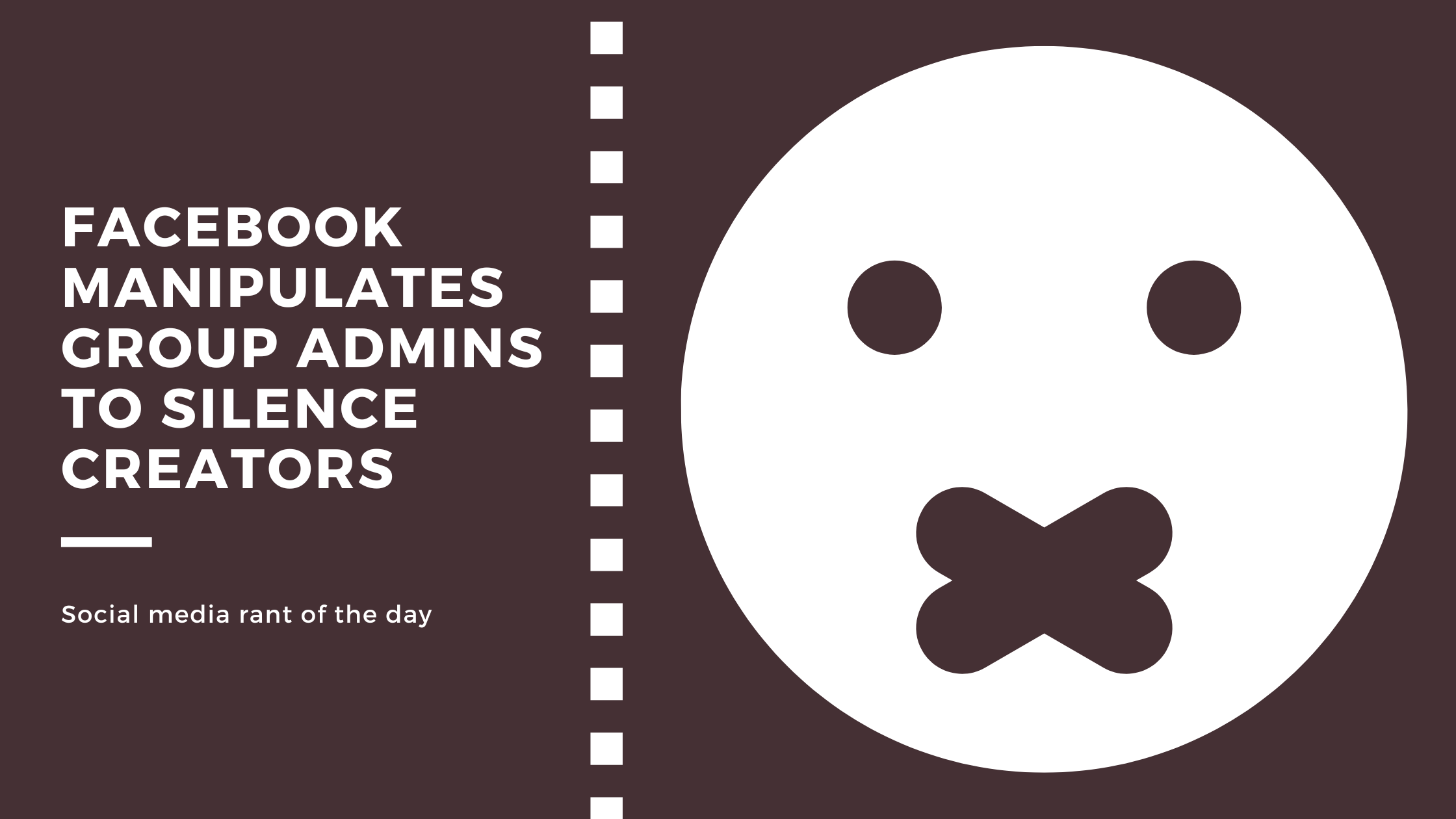 The particular thing I want to draw attention to is a clause that Facebook gives out in its sample group rules – NO SELF PROMOTION. It’s not a requirement per se, but nearly all the groups I’m in have copied it. They vary in degrees of enforcing it, but let’s take a look at what it really means.

Do you have a reference website? Have you created a custom toy? Have you written fanfic? Have you made a review video?

Well, if you create a post about any of these things, you’re promoting yourself, in other words, the evil SELF PROMOTION; and admins can certainly decline it. Drawing attention to anything you’ve made means you’re a nefarious individual. That’s how social media platforms are training us to think.

So consider what we are left with, a group where you can’t share your love of the hobby that extends to creating things for the enjoyment of others. You can only talk about things that already exist. You can’t direct people to your own creations. You can’t be exposed to things other people have created. You’re cut off from amazing content that other fans are developing. Is that a group that you want to be in?

But obviously, Facebook wants it this way, because it forces creators to pay to reach their audience. So yeah, they’re going to encourage mods to police “self promotion”.

I would ask mods to not let themselves be manipulated into putting more money into Facebook’s pocket. Give creators some chances to have their content seen organically.

That is my social media rant for the day. Signing off.