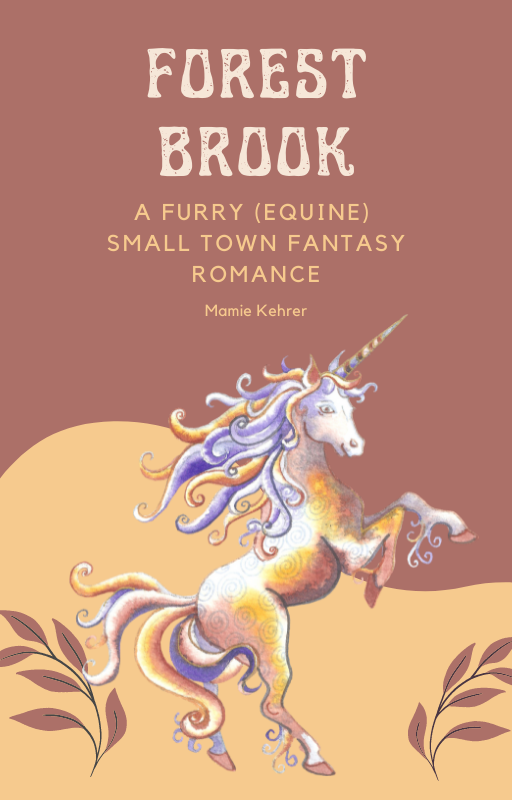 “Our investments in the Uskia mines are starting to pay off, making up for poor returns on the Sabrilkious project,” the cloaked human at the head of the conference table droned on. General Nikto doubted that any of his equine audience were really listening; but this was the business he was obligated to share with them, and they had to hear it whether they liked it or not.

Nikto’s suspicions as to the direction of his listeners’ attention were confirmed a moment later when a scuffle broke out between the two stallions, one salmon with white hair and the other ivory with gold.

“That was our contract; you stole it!” the salmon one, Cecil, shouted, banging on the solid oak table.

“We had Victoria in our pocket from the beginning,” said the ivory one, Reginald, with a smirk, relaxing back in his chair. “We just had her collecting some inside information from you.”

“You’re the definition of unethical!” scoffed Reginald. “Remember the time–”

“Gentlestallions, please!” Nikto barked over the quarrel, but his words fell on deaf ears.

“That’s nothing compared to–”

“Oh, can it, you blowhards!” Sophia, a purple mare with red hair, interrupted the fight.

“You’re both fools,” agreed the petite pastel mare known as Aphra. “Nobody cares about your superfluous blood feud!”

Nikto sighed. This was par for the course for this yearly meeting. “Can we stick to the topic at hand… hoof… please!” he appealed to the ponies. “The less unnecessary conversation, the sooner we’ll all be free to go our separate ways.”

“Well, Burt Stone isn’t renewing his contract with you, and I happen to know who will be the publisher on his next novel,” Cecil said snidely to Reginald. “If you’re such an upstanding company, why do you keep losing talent? Making contracts is one thing, but keeping them is another.”

“AH-HEM!” Nikto gave the stallions a stern look. “Moving on…” He cleared his throat. “As the heads of the four houses of the royal family of Atlantis, it is time to consider your future,” he stated authoritatively, reading from the prepared script in front of him. “For generations, the Royal Order of Krulotin has arranged beneficial marriages with foreign magic lines to bolster Atlantean magic, which also served to foster political alliances to further our interests on the global scene. However,” he cautioned, pausing, “we must remember that Atlantean magic is the core of our power, and must be conserved. If we continue in this manner, the magic will be depleted, overshadowed by a muddle of magic from other realms.”

“You want our children to marry each other?” Reginald asked, appearing bored.

“In short… yes.” Nikto looked out over them appraisingly.

“Well, don’t expect a Monk to marry a Fairfax!” Cecil said, a thunderous look on his face.

“The Battle of Veshobar was four hundred years ago; it may be time to let go of that grudge,” Nikto said dryly.

“Never!” the two stallions cried in unison, then glared at each other, probably provoked at being in agreement.

“If your ancestors had bothered to deliver that message to King Lucian’s forces,” Reginald challenged his rival, “the battle wouldn’t have turned into the total rout it devolved into!”

“You fool, my family never had the summons!”  Cecil roared. “It was clearly withheld from them in order to bring about our shared demise!”

“What we do know,” interrupted Nikto sternly, “is that records from that time were all destroyed by a Feflurg raid in 1762, and oral tradition is notoriously unreliable. No one knows for sure what happened, and holding each other accountable is wasted energy.” The squabble subsided… for now. “Anyway…” Nikto addressed the purple mare. “Sophia, your son, Hubert is a sturdy young colt; and Cecil, you have a newborn daughter, Caprice; they would be a fine match down the line.”

“For the sake of Atlantis, it will be,” Sophia said solemnly.

“Oh, it could be worse,” Cecil sighed.

“And Reginald,” Nikto turned his glance to the ivory stallion, “your son, Dietrich; and Aphra’s daughter, Agatha–” He nodded in that mare’s direction.

“Yes, yes, I understand,” Aphra said, impatiently tapping her hoof. “I suspected something of the sort was in the works.”

“As much as the boy will cooperate,” scowled Reginald. “A more hard-headed colt I have yet to meet.”

“I wonder where he got that from… I mean,” Nikto coughed, “that settles things for this meeting. So long as there is no more Krulotin-related business to attend to?”

“I’ve got to get back to my office,” Cecil growled.

“Very well.” Nikto gathered together the papers in front of him. “This meeting is adjourned. For Atlantis!” he cried, holding up his arm in a salute.

“For Atlantis,” the ponies repeated somberly before leaping to their hooves to leave.