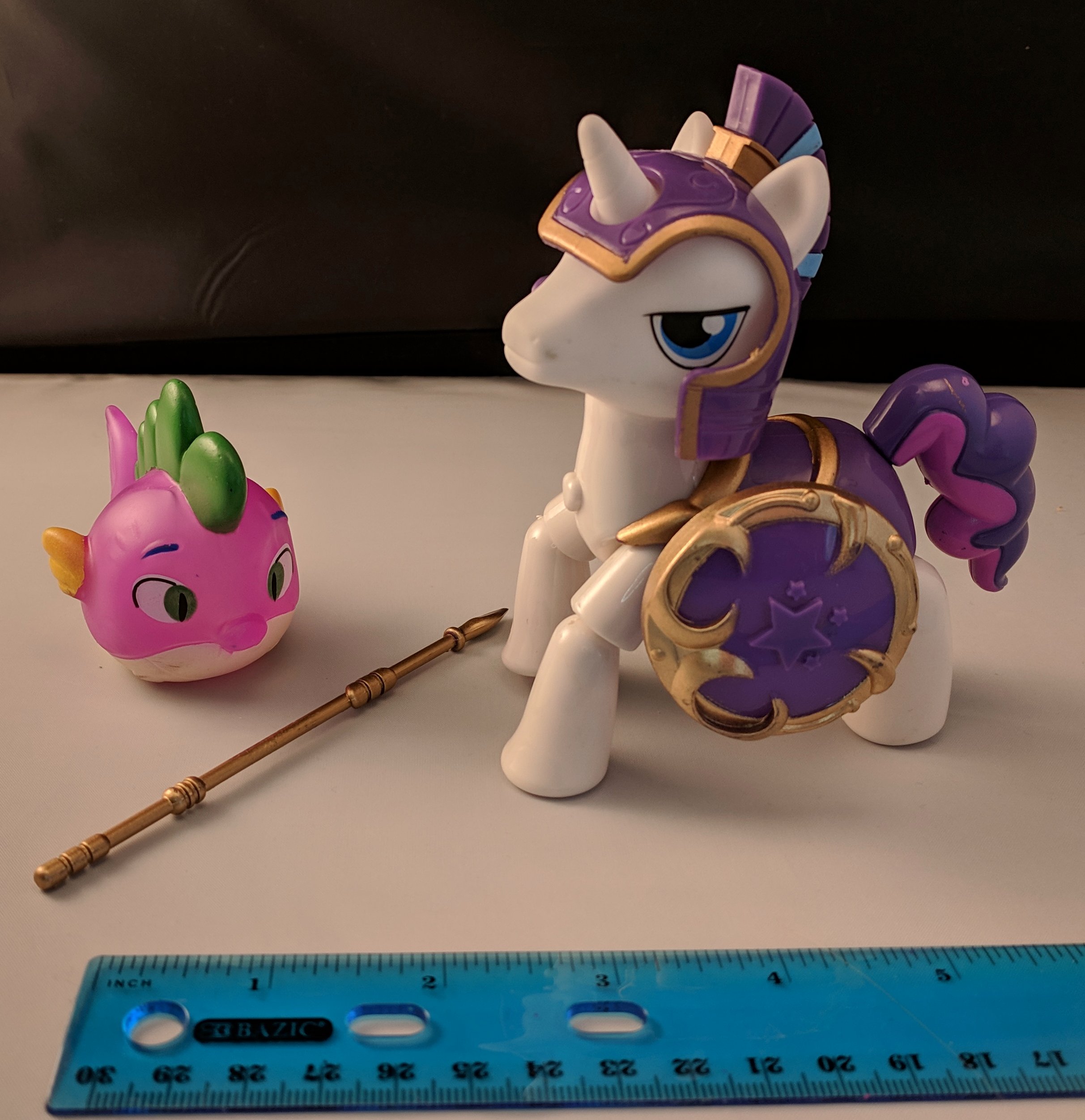 These are four different “fakie” pony sets based on the first four basic Hasbro MLP Guardians of Harmony sets. I purchased them from Aliexpress seller Lanyitoys. Here is a link to the original listing, but it is no longer available at the time of this post and is showing different products.

In general, compared to the Hasbro versions:
-the ponies are a little larger.
-they have a multi-color flashing light in chest (powered by 3-LR44 watch batteries).
-hard, hollow plastic.
-some of the leg pieces had popped off when I opened the package, but they popped back into the sockets without difficulty.
-back legs are on a basic hinge joints. front legs are ball-jointed at the body and knees. head turns side-to-side.
-each set is packaged in a plain plastic bag.
-each comes with a pufferfish Spike, based on the one from the Sequestria playset; he is squishy plastic and squeaks. It is the same Spike with all 4 of these sets.
-overall I think these are really cute, and good quality for a fakie. I’m quite enamored of them and am going to be watching this company to see what they offer in the future.

The fakies are not named, so I’m referring to them by their Hasbro counterparts.

Here’s Shining Armor. His body armor is not removable; his helmet is. Shield peg fits loosly into hole on side of body armor. There’s no good way to hold the spear. 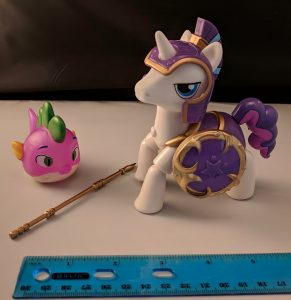 Here is their version of Pinkie Pie. Her accessory is a chicken cannon like her Hasbro version, but this is all one molded piece without firing action. 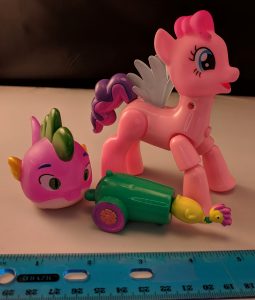 Rainbow Dash, with painted glasses instead of the removable goggles of the Hasbro set. She is paired with the Cockatrice (her turtle shows up in the next set). 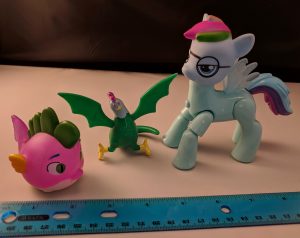 And the Shadowbolts pony, with Rainbow Dash’s turtle instead of the Cockatrice of the Hasbro release: 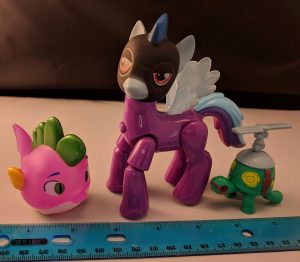 I got a free bonus with my order, which was this Rarity fakie in a Queen Novo-inspired pose. She is unjointed soft plastic and pairs well with the Spike pufferfish. 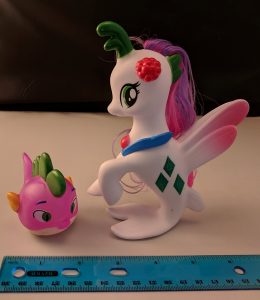